Bradford City AA is a member of the Boothferry Aire and Calder Canal Joint Angling Association, which has Fishing on various stretches of the canal between Goole and Great Heck – about 9 miles of fishing in total. All lengths are open for fishing all year round.

Special Rules for this fishery:
None

The fishery is split into several stretches:

On the north side (see maps):

On the south side (see maps):

Park in the Fisherman’s Car Park at the side of Heck Bridge and access the fishing at that point.

Park on the canal bank at the end of the lane between the bungalow and the rail bridge, with fishing both upstream and downstream from the car park area. NO CARS ARE TO BE TAKEN UNDER THE RAIL BRIDGE.

No access to the upstream limit of the fishing on the south side of the canal at this point.

Access to fishing on both sides of the canal (upstream only from the north bank, and downstream only on the south bank) can be made from Pollington bridge and its approach roads.

Parking is very limited but can be had on the grass verge at the southern side of the bridge.  Anglers should take great care and park carefully, with due consideration for other road users.

Access to both sides of the canal (downstream only on the north bank, both directions on south bank) can be made from Crowcroft Bridge.

Alternatively, on the north side, approach the Bridge from the north via Crowcroft Lane.  Turn left down Balne Croft Lane just before the Bridge. Follow this lane and park at the end, where allowed and not blocking access. Access the canal bank from this point (the site of the old Number 4 bridge).

For the south side, approach the Bridge from the north via Crowcroft Lane. Cross over the bridge and immediately turn left onto an unnamed road. Follow this road alongside the canal until it turns sharp right, away from the canal. Park at the roadside, and access the canal at this point (the site of the old Number 4 bridge).

Parking – for the north bank, at the end of Balne Croft Lane, as above.

On the south side, park in pull-ins at the side of the road or where the unnamed road (see above) turns away from the canal.

Access – no possible access to the canal upstream of Southfield Reservoir except via Crowcroft Bridge (see above) and along the bank.

To access the canal downstream of Southfield Reservoir, see the entry for Beevers Bridge, below.

Access – no possible access to the canal upstream of New Junction except via Crowcroft Bridge (see above) and along the bank.

To access the canal downstream of New Junction, see the entry for Beevers Bridge, below.

Access to the fishery (upstream and downstream on the north side, and upstream on the south side) can be made from Beevers Bridge.

Parking – for both north and south banks, use the track to the north of the road bridge, and park either in the pull-in at the side of the road or on the canal bank upstream of the bridge.

Access to the fishery (upstream and downstream on the north side, and upstream only on the south side) can be made from New Bridge. NO FISHING UNDER OR NEAR THE POWERLINES.

On the south side, use the track off the main road to access the fishery.

Parking – use the old road parking area on the north side of the bridge.

Access – vehicle access to the north bank of the canal is via the small lane signposted “Sugar Mill Ponds” off Bridge Lane, about 700m north-west of Rawcliffe Bridge.  PLEASE NOTE: This access is sometimes restricted by a gate, fitted to stop illegal night fishing and vandalism. The gate will be unlocked at 7 am and locked at 9 pm. A contact number is provided on the gate for use in emergencies. Please respect and use this access sensibly.
Parking – park at the end of the lane off Bridge Lane (see above), after the two Sugar Mill ponds.

Access to the fishery on the south side of the canal is via the lane on the right hand side of the old Black Horse public house, in between the canal and the river. PLEASE AVOID FISHING NEXT TO ANY MOORED BOATS.

Parking is available on the patch of land across the road from the public house.

Access to the fishery on the north bank at Goole Railway Bridge is via Goole (see below).

There is no access to the fishing on the south side of the river at Goole Railway Bridge, except by walking down the canal from Rawcliffe.

Parking can be had at the end of the road. Keep all exits clear.

Parking– Park at the end of the road, by the railway bridge, keeping any exits clear. 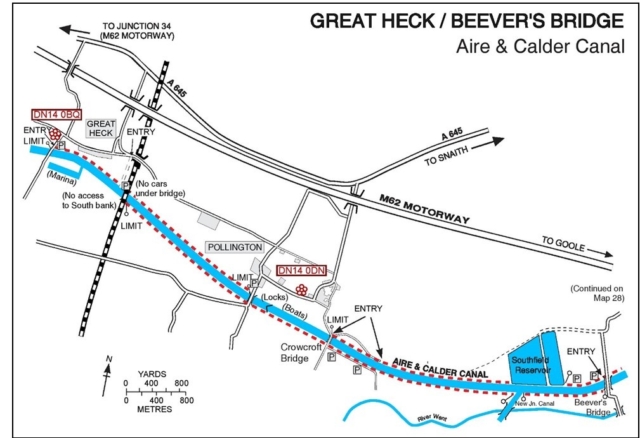 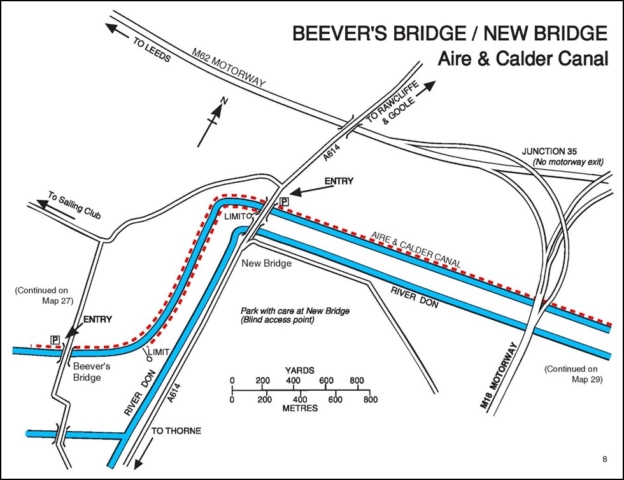 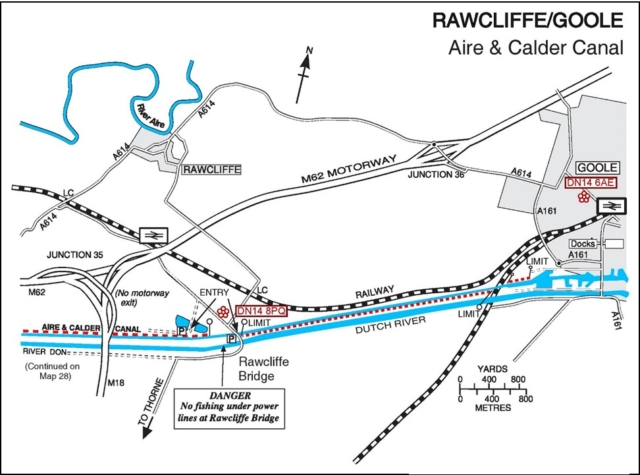 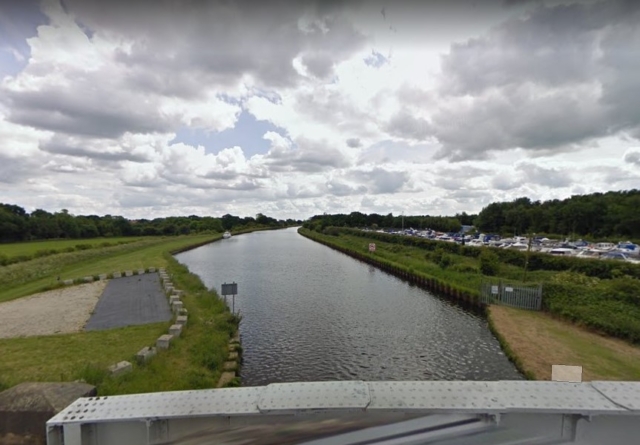 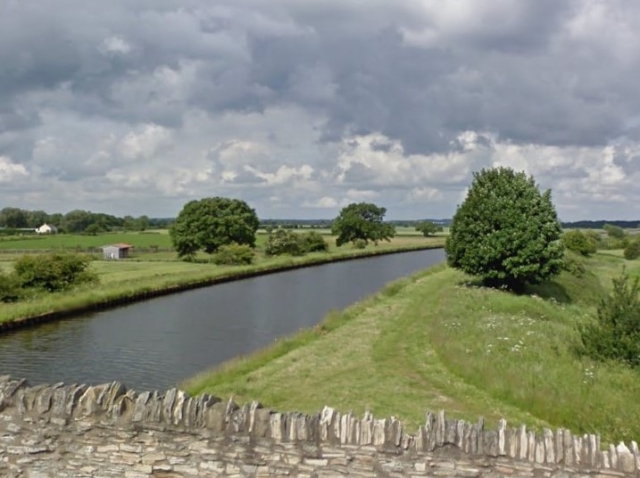 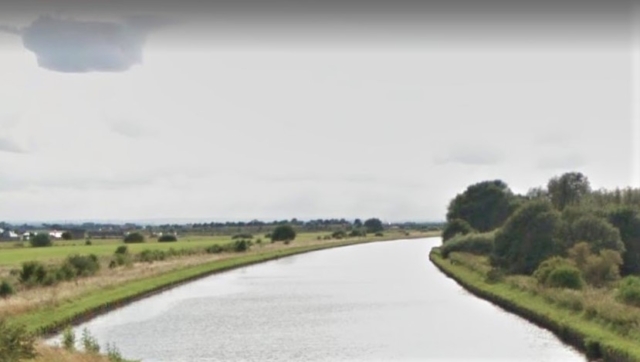 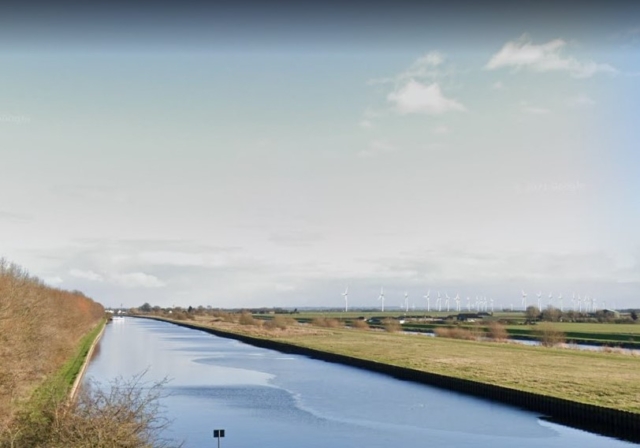 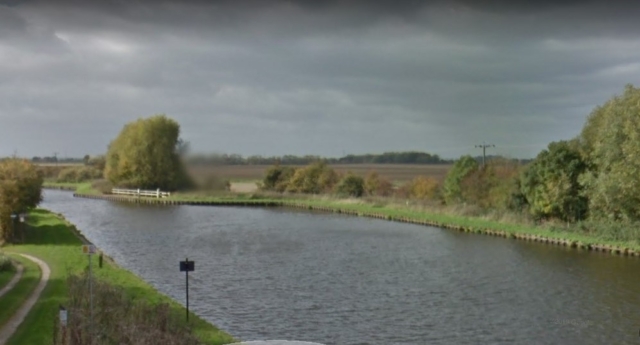 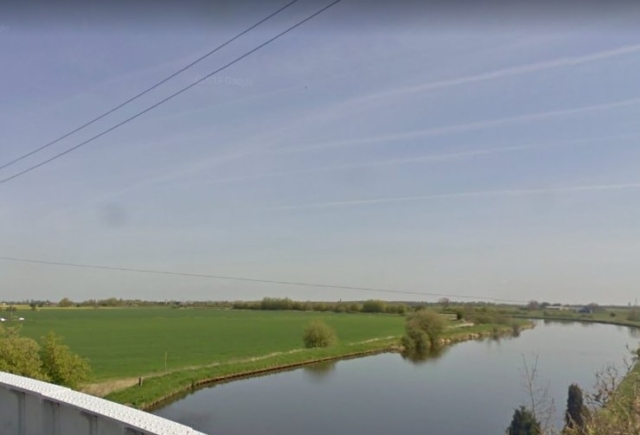 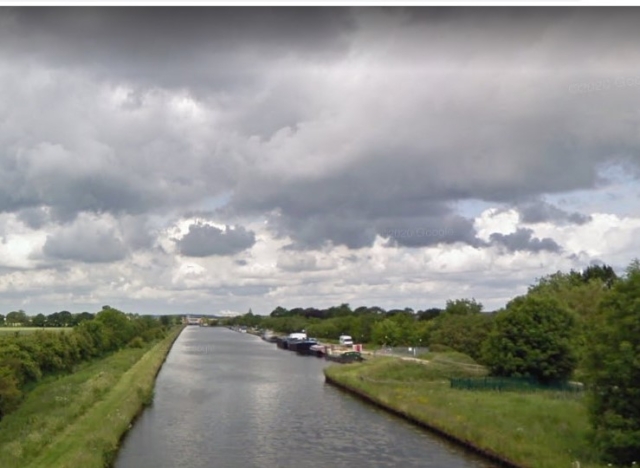 To a lesser extent